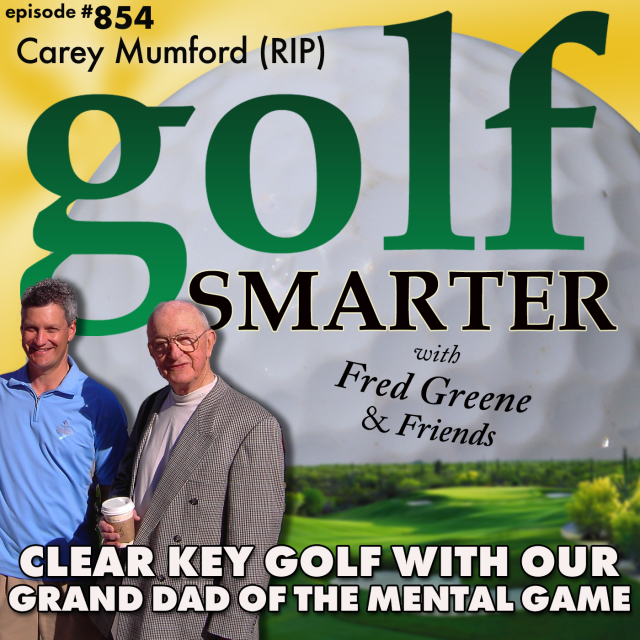 Mental Coach Carey Mumford, creator of the Clear Key System, spends nearly an hour in this entertaining and provocative episode that was originally published privately as a Members Only episode. This was my last conversation with Carey before he passed in 2013. Over the years, we’ve had many requests to hear more from Carey as all of his content, and his book, have basically disappeared after he died. Because of the Mental Game content we’ve focused on the last few episodes, I thought this was the perfect time to share this episode on Golf Smarter instead of Golf Smarter Mulligans

This episode is brought to you by PXG Golf Clubs. PXG makes world-class, high performance golf equipment for golfers of every skill level. Buy online at PXG.com, or by calling 844-PLAY-PXG, or by visiting a PXG store or fitting studio near you.

This week on Golf Smarter Mulligans #170.  Our featured guest is Marcos Zuazu who teaches at the only Jim McLean golf school in Mexico. He talks about warming up before a round and the value of taking a playing lesson. El Camaleon course at Mayakoba is also the only course in Mexico on the PGA tour. This conversation was originally published in 2011.

Become a Golf Smarter Ambassador by introducing our next episode! For your effort you’ll receive a choice of prizes including a Glove + Glove Compartment from RedRoosterGolf.com. where you can choose from 11 styles of gloves in 26 sizes! Write to [email protected] and we’ll assign you an episode number and a brief script to record for the intro of the show. Thanks to RedRoosterGolf.com for giving a new glove to every Golf Smarter Ambassador who introduces an upcoming episode!