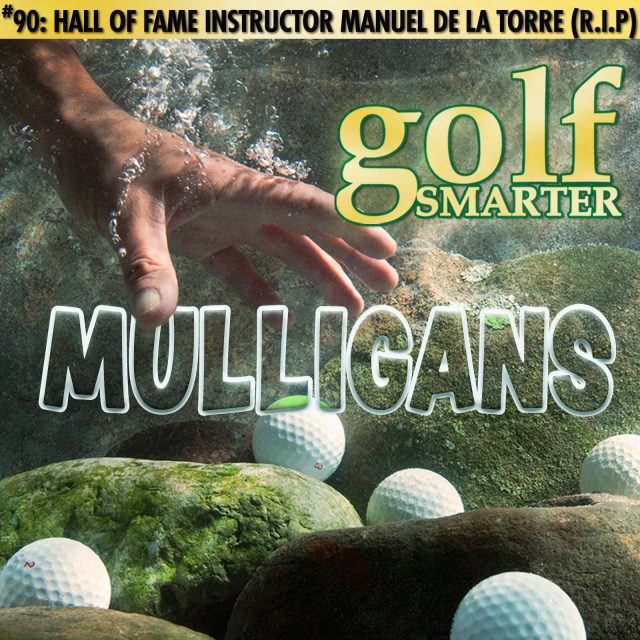 Legendary golf instructor and World Golf Teacher’s Hall of Fame inductee Manuel de la Torre started playing golf at 18 months as his parents’ apartment was above the golf shop in Madrid, Spain. His father, Angel de la Torre was a European tour professional and five time Spanish National Champion. His father was also close friends with Ernest Jones and the two of them talked for hours as the young Manuel paid attention. In this interview from 2009, at 87 years young, Manuel is in his 59th year teaching at the Milwaukee Country Club. In our conversation, and from his book, “Understanding the Golf Swing” he believes that we make the golf swing too complicated, don’t visualize our shots enough and fail to recognize that the golf swing is similar to so many other things we do in life that can make it much easier to grasp. He was the first member of the PGA to be awarded their Teacher of the Year Award in 1986.

His book “Understanding the Golf Swing” is available from Amazon in kindle, hardback, and paperback.

How to Putt Better By Looking At The Entire Green, Not Just Your Line – Banana Putting

Straight Down The Middle with Author Josh Karp