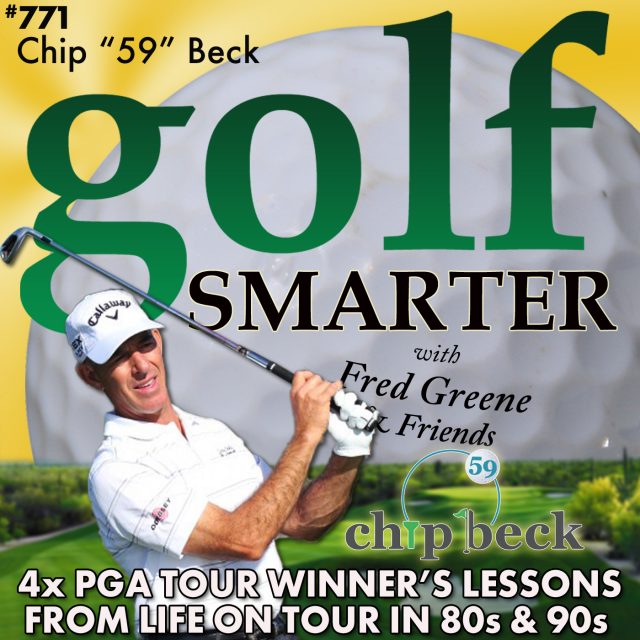 771: Chip Beck was only the second player in PGA Tour history ever to card a 59 in a sanctioned PGA event. He’s also only one of two that posted that score in the 90s (1991 Las Vegas Invitational) along with David Duval who did it at the 1999 Bob Hope Chrysler Classic. The very first 59 was in 1977 by Al Geiberger, all the rest have come since 2000. Jim Furyk posted a 59 in 2013, yet he also has the all time low Tour event score of 58 posted in the 2016 Travelers Championship. Chip is also a four time winner on the Tour. But today he’s a golf coach and wants to help you get better. In the first of two episodes featuring Chip, we talk about how he got started playing at the age of 10 and shares incredible stories from his time on the Tour between 1978-2015 that include Jack Nicklaus, Ben Crenshaw, Raymond Floyd, Lanny Wadkins, and more.

Next week will have two guests. Chip will finish it up talking about PerfectMotion app and make an exclusive offer to Golf Smarter listeners that you’ll definitely want to consider as your holiday gift. Then we’ll also conclude our episode with the CEO of PerfectMotion to learn all about how it works and why it help. Here’s a short video from Chip about how PerfectMotion.io can help you.

This week on the Golf Smarter Mulligans episode 87, we get the chance to hear an episode that was originally For Members Only and has never been released in public. Our conversation is with PGA Certified Teaching Professional Tommy Masters answering listener questions about their swings and other faults.